Spring – It’s that time of year again and spring closures of public lands for protection of the Gunnison Sage-grouse are in effect. Nearly all of the public lands around Gunnison are closed until May 15th to all motorized use. There are also suggestions and recommendations about how walkers, runners and mountain bikers should access public lands to be as unobtrusive to the Sage-grouse as possible.

Please take a moment to become familiar with these guidelines and be a part of the movement that will again allow this native bird to flourish in our area.

Gunnison Trails spends considerable time working to help protect the threatened Gunnison Sage-grouse. Currently the species is listed as Threatened under the federal Endangered Species Act. It is important that all users of public lands in Gunnison Sage-grouse habitat possess an understanding of how they can enjoy their public lands and allow the grouse to continue to prosper.

Gunnison Sage-grouse habitat is pretty easy to comprehend: simply imagine a boundary containing more than half-a-million acres with the city of Gunnison right at the epicenter.

Gunnison Sage-grouse habitat extends nearly to Crested Butte, to the base of Monarch Pass and completely surrounds Blue Mesa Reservoir.

All of the public lands in sage-brush country where citizens and guests recreate; and that ranching families count on for their livelihood, may be affected by a listing of the Gunnison Sage-grouse by the US Fish and Wildlife Service.  Other entities and users will be affected, too, but recreation and grazing are the two primary uses of these public lands and are also two primary drivers of our local economy.

What is Gunnison Trails doing to help protect the Sage Grouse?

Gunnison Trails is committed to working with all stakeholders, including the ranching community, to protect and help the Gunnison Sage-grouse thrive, while preserving and continuing to improve the trail opportunities around Gunnison for citizens and visitors alike.

Spring is the important mating time for Gunnison Sage-grouse. It’s also the time recreational users are most enthusiastic about getting out and using the trails in the lower valley. It’s a perfect storm: The fewest available trails due to snowpack in the high country; the most desire to get out and walk, run, bike and moto after a long winter of cabin fever; and the most critical life-stage for the Gunnison Sage-grouse.

How can you help Gunnison Sage-grouse?

By honoring the suggestions below and encouraging other trail users to do the same.

Here are further details concerning the above points:

Please do not visit the sagebrush country before 9am until May 15th. Sage-grouse mating takes place in the morning. This refers to all areas with sagebrush and includes, but is not limited to, these popular public lands areas near Gunnison:

Essentially, you shouldn’t be anywhere that you can touch sagebrush before 9am. And yes, we know that is the only time the mud is frozen but we still cannot be out there. Please walk, run or ride before 9am on sidewalks, bike paths, streets, roads or highways.

Honor the closure of  most roads and all trails south of the power-lines road at Hartman Rocks that is in effect until May 15th. This includes most roads and these popular trails:

All dogs must be on a leash at all times in sagebrush country!!! Dogs flush and disturb Sage-grouse and can maim or kill them. They also can disturb nests and destroy or eat Sage-grouse eggs and chicks. Nothing personal, they are dogs after all, and that’s what dogs do!

Support Gunnison Sage-grouse conservation efforts, because it’s the right thing to do! Spread the word and encourage your friends, family and other trails users that this is a serious and important effort. It really isn’t that hard!

Nearly all of the public lands around Gunnison are closed until May 15th to all motorized use. 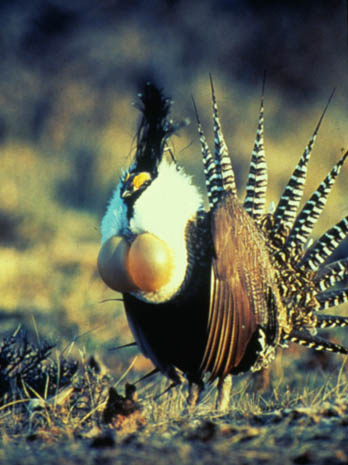 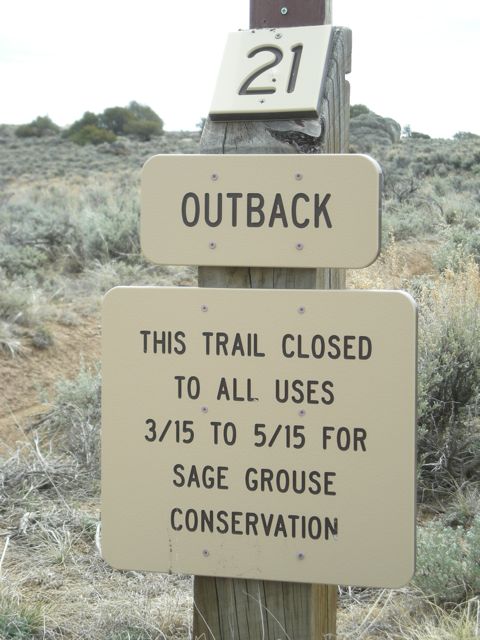 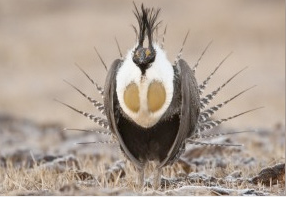 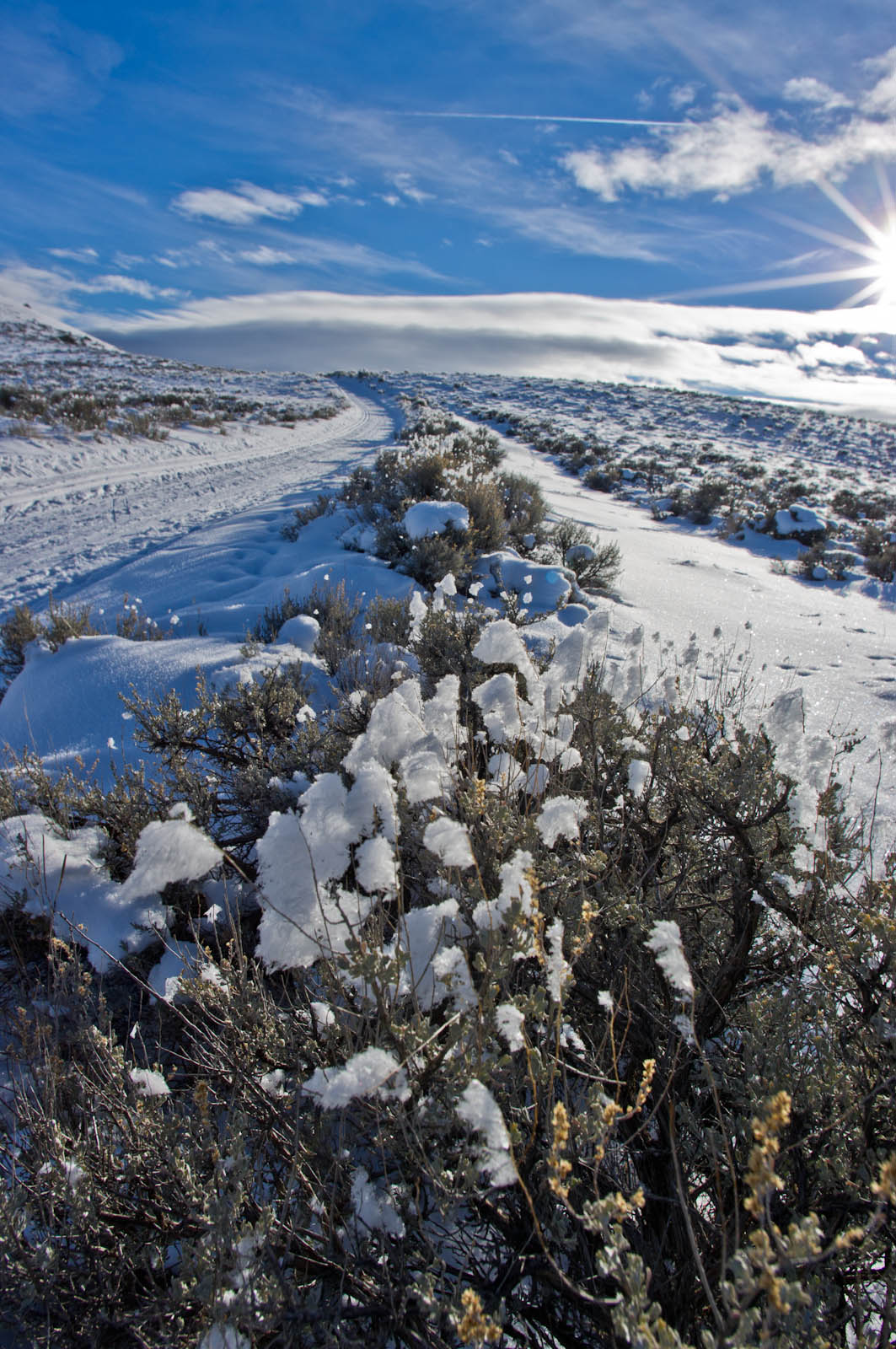